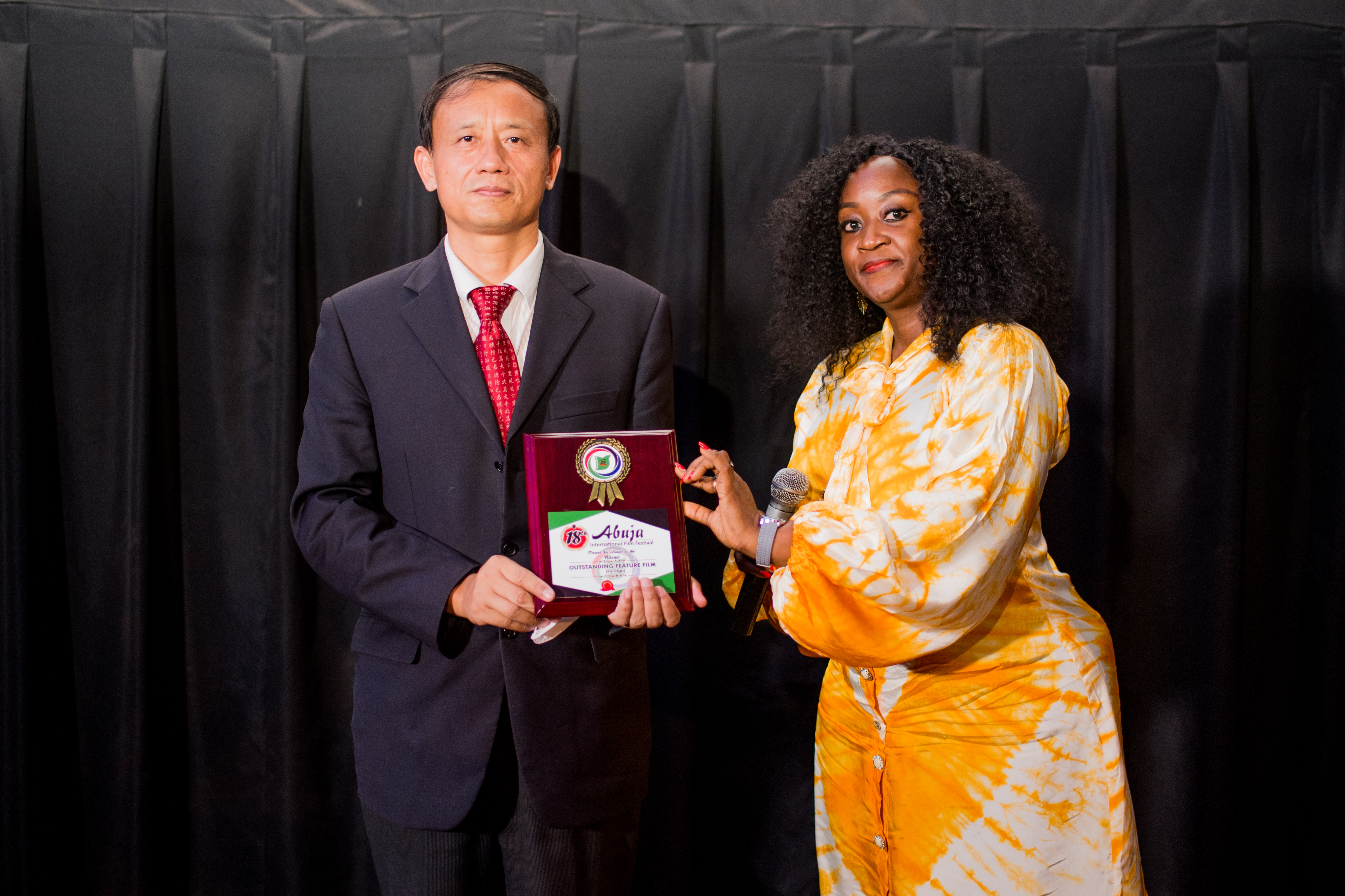 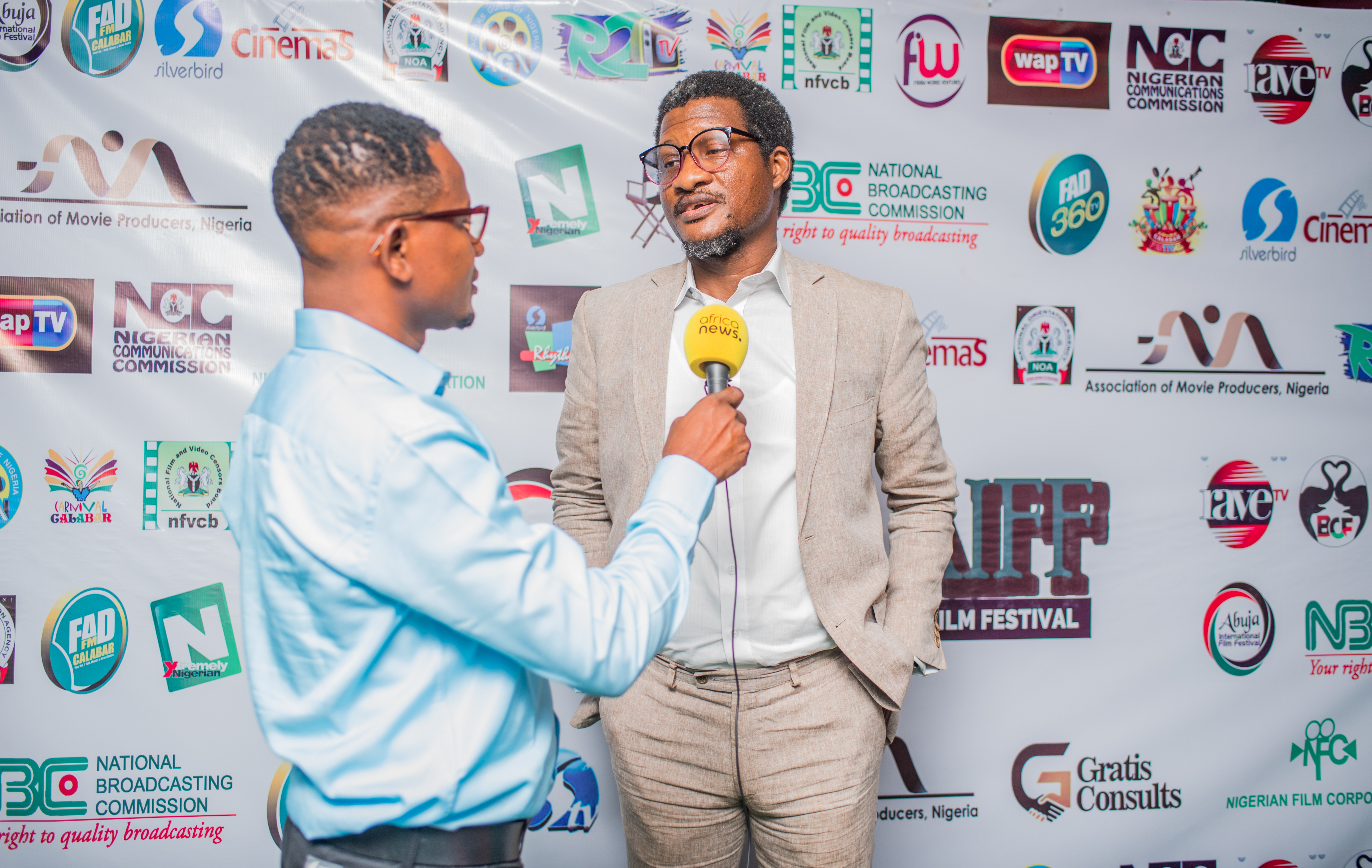 CAPACITY BUILDING AND AWARDS HERALD THE 18TH EDITION OF THE ABUJA INTERNATIONAL FILM FESTIVAL WITNESS
The year, Anglophone West Africa’s longest film festival; the Abuja International Film Festival which was founded 18 years ago by veteran Nollywood Filmmaker Fidelis Duker received a total of 1,771 films from 67 countries, while about 51 films and filmmakers respectively made the nominees list at awards ceremony which held at the Silverbird Cinemas Abuja.
In what could be referred to as the return of Anglophone West Africa’s Longest running film festival, it was an evening where Nigerian Films and Filmmakers dominated most of the award categories of the 18th edition of the Abuja International Film Festival with the theme: SEE BEYOND – Film Industry under the new normal.
According to the Festival Director Temitope Duker who spoke journalist on the sidelines of the award ceremony which held on Thursday at Silverbird Cinemas that 115 films were screened during the 5 days film festival.
A total of 15 Films and Filmmakers carted home the awards on the night.
The Film Festival also organized 3 specific industry related Masterclasses for Producers, Actors and Writers during the 5 days event. The Workshops had a large turn of aspiring and established filmmakers.
The event played host to top movie actors and producers like Segun Arinze, Lancelot Imaseun, Papel Paul, Bond Emeruwa, Association of Movie Producers Nigeria President Peace Anyiam Osigwe, Aljazeera News Editor Fidelis Mba, Special Assistant New Media to the Vice President Philip Obin, Founder Kaduna International Film Festival Isreal Audu, Executive Secretary Lagos State Censors Board Bukola Adaminoju, Officials of Nigerian Film Corporation, Natonal Film and Video Censors Board amongst several dignitaries.
It is important to mention the Film Festival was returning after the 2020 edition that was held virtually due to the Covid-19 pandemic and so winners of the Virtual edition had the opportunity of receiving their awards.
Also honoured at the event were the Executive Director of the National Film and Video Censors Board Alhaji Adedayo Thomas, The Lagos State Video Censors Board amongs others.
According to the Festival Communication Officer Fidelia Duker, she confirmed to journalist that unlike the 2020 edition that had only 600 entries with 92 selected for screenings and 42 nominated for possible awards, Nigerian filmmakers won 9 out of the 15 categories.
Speaking on the 18th edition, Duker, noted that the he is excited that the festival is back as a physical one after the 2020 edition that was a purely hybrid and virtual in its entirety.
“As the world unite together to fight the global pandemic that prevented physical gathering last year, it is important we begin to see films as a tool to air our own opinions; make judgments and become part of the story-telling traditions passed down to us through generations now enhanced and embellished with the aid of ever-captivating and improving technology,” said Duker.
Speaking during the Film Festival, Veteran Filmmaker and Director Benin Film Academy Lancelot Imaseun commended the tenacity of the organizers for sustaining the festival this pass 18 years,
Also speaking first time director who won an award under the First Film by a Director Category, Olamide Wale Akimolayan, believes the award will spur him to contribute more in the industry.
He said, “It an honour , I’m very happy to be a recipient of an award like this as a first time director, it’s a privilege for me. This is my first movie, and the title is Balokun.
“Nollywood is growing, we have our movie showing all over the world and it’s gaining outside recognition, it’s a win for us.”
During the event, award winners were announced, and some of them who won include:
Efere Ozako Outstanding Experimental Film
Winner ‘Boy meets Girl’ Nigeria

The 2022 edition of the film festival is scheduled to run from 31st October to 4th November 2022 in Abuja.